After winning the fan-voted on Milestone Award at the Billboard Music Award, Justin  Bieber received boos declaring himself an artist that should be respected. Hon, your most famous song has a chorus that’s just “Baby, Baby, Baby Oh!”, if you’re an artist, you’re the guy who tries to pass the blank canvas as a polar bear walking through a blizzard.

Twilight stars Kristen Stewart and Robert Pattinson have broken up. The two decided to call it quits when they realized they didn’t have any more Twilight movies to make and therefore are no longer contractually required to date each other.

Oklahoma senator James Inhofe is requesting federal aid for victims of this week’s tornado, despite voting against a bill for Sandy relief earlier, saying his request for funds is totally different. You see, this natural disaster effects people that vote for him, so it’s very important they get their money.

Senator Rand Paul is demanding that Congress apologize to Apple for investigating how the technology giant avoided paying any taxes saying that he was offended that the government was bullying one of our country’s biggest success stories. The Tea Party darling asked what did Apple do that was illegal. Umm, they didn’t pay their taxes. You didn’t seem so upset when Wesley Snipes and Lauren Hill went to jail for not paying their taxes, just saying.

Kim Kardashian sent friends and family music boxes playing Kanye’s song “Hey Mama” as invitations to her upcoming baby shower because nothing says class like a music box invitation to the baby shower of a woman know chiefly for a sex tape that plays a song by the dude who knocked her up.

The FDA has approved a study to examine the effects of the ecstasy on adults suffering from social anxiety. Scientists believe the drug could provide therapeutic results for patients or, at the very least, everybody likes the guy who’s got ecstasy.

In a recent interview Brad Pitt admitted he is terrible at remember faces and frequently insults people when he fails to recognize them. So basically if you want to stalk Brad Pitt, just tell him you’re Maddox, he’ll probably believe you.

The Boy Scouts of America voted to lift the ban on gay scouts, however, gay leaders are still forbidden by the organization which sends a clear message that you can be gay when it’s cute and harmless but on your eighteenth birthday you just get icky again.

Cleveland hero Charles Ramsey was rewarded by McDonald’s with a year of free food after admitting that he was eating a Big Mac when he discovered the three kidnapped women in his neighbor’s house. Not to be out done, over a dozen local restaurants have agreed to give Ramsey free burgers for life. This just in from the future, Cleveland hero Charles Ramsey has died from a burger induced heart attack. 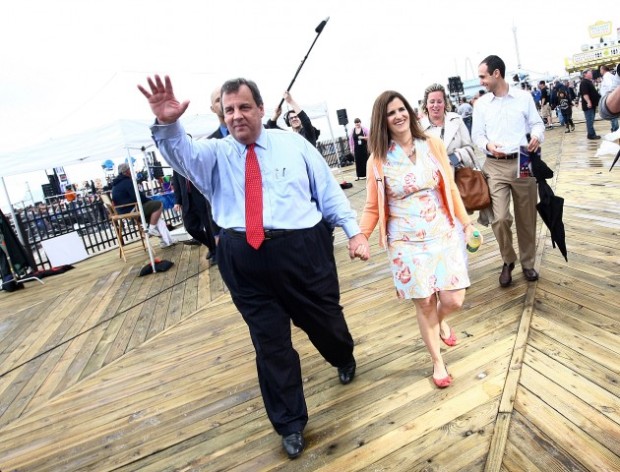 Governor Chris Christie officially opened the Jersey Shore for the summer, seven months after Sandy severely damaged the region. Christie says that visitors will see that eighty percent of the Shore is back to normal, he even sprinkled the beach with used syringes so regulars will feel right at home.