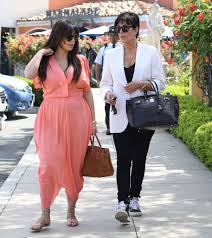 I’m not a big horror movie fan, though I am married to one. Here’s our top 5 favorite Halloween themed films that provide him with enough spook and me with enough laughs.

5) Beetlejuice- While I grew up with a more family friendly Beetlejuice via the Saturday morning cartoon, Keaton is hilarious as the ghost with the most. Burton perfectly blends the right amount of quirk and goth to make this one of his strongest films. Those unfamiliar with the film will be surprised to see Geena Davis and a crazy young Alec Baldwin as the main protagonists as the newly dead having to figure out the afterlife. I approve of any ghosts that use Harry Belafonte in their haunting.
http://amandalovesmovies.com/2012/10/08/beetlejuice/

4) Young Frankenstein- Mel Brooks’ spoof on the Universal Frankenstein films of 30s is one of his strongest works. With Brooks regulars like Gene Wilder and Madeline Kahn the cast had such a fun time Brooks kept writing new scenes so they wouldn’t have to stop filming.
http://amandalovesmovies.com/2012/10/18/young-frankenstein

3) Evil Dead 2- Definitely the most gruesome entry on the list, this campy classic has a strong sense of humor as well. Bruce Campbell pays tribute to the Three Stooges with lots of physical comedy as he fights his own evil hand. Maybe not for those with a weak stomach (there’s so much blood Raimi had to start changing the color to avoid an X rating) but it’s one of the best combinations of horror and comedy in film history.
http://amandalovesmovies.com/2012/10/26/512

2) The Addams Family & Addams Family Value- The all together ookey family is the perfect fit for modern times, allowed to be as creepy as they want. With strong plots and endless quotable dialogue, these films stand out from the many classic television show movie adaptations that flooded theaters in the 90s. Raul Julia, Anjelica Huston, Christopher Lloyd, and a very young Christina Ricci all deliver memorable performances and the special effects help bring the whole kooky gang to life.
http://amandalovesmovies.com/2012/03/30/the-addams-family/

1) Shaun of the Dead- this zombie spoof has one of the cleverest scripts of the past decade. Just as much about growing up as it is about the zombocalypse, Shaun of The Dead should what real people would do when faced with the undead. Filled with plenty of references to classic zombie films, and peppered with callbacks to itself, there’s something for everyone to enjoy.
http://amandalovesmovies.com/2012/03/17/shaun-of-the-dead

In the late 80s, early 90s Saturday morning cartoons were a big deal and one trend was shows based on hit movies, even though some of the film weren’t exactly family fare. One of my favorites growing up was Beetlejuice, which followed the adventures of “the ghost with the most” and his best friend, the gothy mortal Lydia. While Beetlejuice was gross and rude, he would do anything for Lydia. Imagine my surprise when I finally saw the film and watched Beetlejuice try to forcibly marry Lydia, and he’s a total creep, and then there’s these other people who aren’t in the show. I would really love to have seen the pitch for this one. Remember that decaying sleazebag Michael Keaton played? I have a feeling kids are going to love him!
Adam and Barbara Maitland (Alec Baldwin and Geena Davis) are happily married couple who love their home and their lives only to lose it all when they drive their car off their bridge in order to avoid hitting a dog. They return to their home but realize something isn’t right. They quickly piece together that they are dead and they are trapped in their house. Their house is sold to a family, The Deetz, from Manhattan. While dad Charles (Jeffery Jones) is looking forward to the rest and relaxation country living will bring, wife Delia (Catherine O’Hara) plans to make herself at home by redecorating the house to her aesthetic, much to the Maitlands horror. However, they are helpless because only the youngest and spookiest Deetz, Lydia (Wynonna Ryder) can see them when they attempt to scare them out of the house. In an act of desperation, they unleash Beetlejuice (Michael Keaton) who promises to rid the house of the Deetz family but has his own agenda. Eventually the two families find a way to live together peacefully with Bettlejuice far, far away.
This is good example of how much fun Tim Burton can (could) be when he’s working with the right subject matter. I think what makes this work is that you have the normal Maitlands mixed with the bizarre Netherworld and the wacky Deetz family. That balance makes the whole film more special. The afterlife is given so much personality in Burton’s vision, with all the characters in the waiting room exhibiting the cause of their death. The cast is also perfect with Catherine O’Hara getting in touch with her inner villain as the vain Deila, Ryder is the moody girl next door as Lydia, and Michael Keaton named the vile Beetlejuice as his favorite role of all time. He gets to really “go there” with this character, looking as gross as possible, sounding as weird as possible, doing whatever he wants with his body. Keaton’s an actor I always get excited when he shows up in a film. He’s really fun to watch and I’d love to see him have a comeback.
While the cartoon will always have a special place in my heart, Burton’s less kid friendly feature is everything that was magical about the director. Definitely a much watch as we approach Halloween.