Actor Charlie Sheen has reportedly threatened to quit his FX show Anger Management if co-star Selma Blair isn’t fired. Sheen is furious with Blair for telling crew members he has a poor work ethic. In a related incident, Sheen demanded a boom operator be fired for saying the sky is blue.

While in the hospital, Paris Jackson said she hates Justin Bieber and thinks he’s a poor role model for his fans. Yeah, he’s been famous, how long, and he hasn’t been accused of molesting one kid yet. What’s the deal Bieber?

Paula Deen was in court this week facing charges of creating a racially discriminatory workplace. Deen admitted to using the N word in the past, but swears she never referred to her workers that way and says she never used the word in a mean way. Oh, so you used one of the most hateful words in the English language but you meant it in a friendly way, ok!

In a recent interview with Rolling Stone, Serena Williams questioned what the Stuebenville rape victim was doing getting so drunk. The tennis star has recently apologized for what she supposedly said but Rolling Stone stands by the quote, saying Williams was recorded for the interview. Translation: I’m sorry I offended people, but I didn’t think they would print the ignorant thing I said while being taped.

At a recent event for the Trevor Project, an organization providing suicide prevention support for LGBT youth, Jersey Shore star Snooki said she hopes her infant son Lorenzo grows up to be gay. Oh, Honey, with the amount of drunken Mommy crotch shots this kid has in his future, there’s no way he’s going to be into women.

House Majority Leader Mitch McConnell finds it absurd that democrats are against a bill allowing corporations the same rights as people. However, to be fair, Republicans are against half the human population from having rights, so it kind of evens out.

According to reports, Kanye West banned the Keeping Up With the Kardashians camera crew from the delivery room while girlfriend Kim Kardashian gave birth to their daughter. The only camera allowed belonged to Kim’s mother Kris who swears she will only share the footage with family. Oh, Kanye, you really don’t know the Kardashians very well. America is their family.
According to multiple reports, Kim Kardashian has named her newborn daughter North West. Oh, oh, Kim. That is going to get old quick, but, then again, so if this entire motherhood thing. 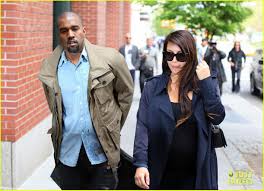 Rumor has it that the name North had been chosen after Vogue editor-in-chief Anna Wintour told the couple she liked the name. Kim, Anna Wintour is not your friend. She wasn’t giving her blessing, she was punking you!
Those who grew up in the 90s might remember a children’s film called “North” about a kid who divorces his neglectful parents, making North West the first person to ever have her biopic made before she was born.

NSA whistleblower Eric Snowden may receive political asylum from Russia. Hey, Snowden, I don’t know if you heard about this other thing in the news, drones. Good luck with all that.

Prior to the birth of her first child, Kim Kardashian has moved back in with her mom Kris Jenner. Wow Kanye, moving in with the mom of the girlfriend you knocked up after six months after dating her, when did you become the Ritalin dealer that lives down the street from my parents?

After signing what is known as the “Merry Christmas” Bill an effort to stop the War on Christmas, Texas governor Rick Perry said “Freedom of religion does not mean freedom from religion” saying the Constitution does not forbid religious expression. State senator Robert Nichols quoted Jefferson saying “price of liberty is eternal vigilance” saying removing Christmas trees from schools is an invasion of our freedoms. That Jefferson guy also had this whole separation of church and state thing he was really big about. Ever hear of that?

A woman is suing Rhianna claiming the singer’s RiRi Woo lipstick gave her herpes, saying free samples given out at a recent concert were used by multiple people, causing her to be infected. “Right, she got herpes from the lipstick, that’s it,” says the woman’s boyfriend.

A judge finalized the divorce of Kim Kardashian and Kris Humphries, over a year and a half after the reality star filed to end their 72 day old marriage. Kardashian can now focus on ending her relationship with baby daddy Kanye West. Kanye, her divorce lasted seven times as long as her marriage, you’re having a kid with her, you better pack a lunch, because you’re in for quite the ride when this relationship goes in the crapper.

Katy Perry and John Mayer were seen canoodling over the weekend, sparking rumors they’re giving romance a third try. You know what, I don’t hate on this couple, they are keeping the herpes in the family and I respect that.

Girls Gone Wild founder Joe Francis is frantically trying to stop the release of a sex tape featuring him and his current girlfriend. Francis does not want the public seeing something so private but after a few jell-o shots and a free t-shirt maybe he’ll change his mind.

Billionaire Richard Branson announced that Justin Bieber and his manger has booked seats on Virgin Galactic, which allows tourists to explore space. While Branson is planning on sending the pop star into orbit, the rest of us our trying to figure out how to get him to stay there.

Former child star Amanda Bynes is threatening to sue the NYPD, claiming she was sexually assaulted while be falsely arrested for drug possession. After many reporting they have seen the actress smoking marijuana and the cops saying she threw a bong out her window when they came to arrest her, Bynes insists she has never done drugs. Honey, in one weekend you’ve threatened the NYPD, possibly started a Twitter war with Rhianna, and even Courtney Love is telling you to get a hold of yourself, all while wearing a wig you got from the dollar store, at this point saying you’re on drugs will work in your favor.

Director Roman Polanski recently said he feels the birth control pill has masculated today’s woman and that the leveling of the sexes is idiotic. Sorry that protecting our bodies makes us ladies less rapable to you Roman Polanski, we’ll work on that.

Minnesota Congresswoman Michelle Bachmann announced that she will not seek reelection saying that she believes eight years is long enough for anyone to be in one political position but we know the real reason she’s stepping down is so she can solve mysteries with fellow out of work politician, Sarah Palin.

A man in Maine kidnapped a women with the intent to be herald as a hero when he saved her later, only to accidentally kill her. Well, on the bright side, Dude, now that you’re going to jail. you’re definitely going to get laid, just probably not the way you were hoping to.

Zac Hanson, the youngest member of the pop group Hanson, will be a father for the third time. This will be the tenth child for the musical brothers and another step in their plan to have an army of Hanson super men enslave us all.